Nearly 5,400 new words are created annually, according to Global Language Monitor. In April 2019 alone, 640 words were added to the Merriam-Webster dictionary. Some of them already existed but were adjusted according to their new usage. Most of them showed how millennials communicated with each other. Similarly, Gen Z (the generation born between 1997 and 2012) has its own list of slang words that can leave people from other generations totally perplexed.

The word “slang” was originally a dialectical word in Northern England that meant “turf” or “territory.” Gradually, it came to be associated with people who sold and advertised goods in specific locations. Later, the term was used to refer to the colorful, informal speech of these salespeople. Today, we use slang words to express ourselves in new, creative ways, sound friendly, different, clever or funny, and identify and connect to people of the same generation.

If you are writing for Gen Zers, it’s a good idea use their own language to build a connect. This way, they will relate to your content and feel interested to give it a read. Here are some popular Gen Z slang words straight from TikTok and other social media trends. 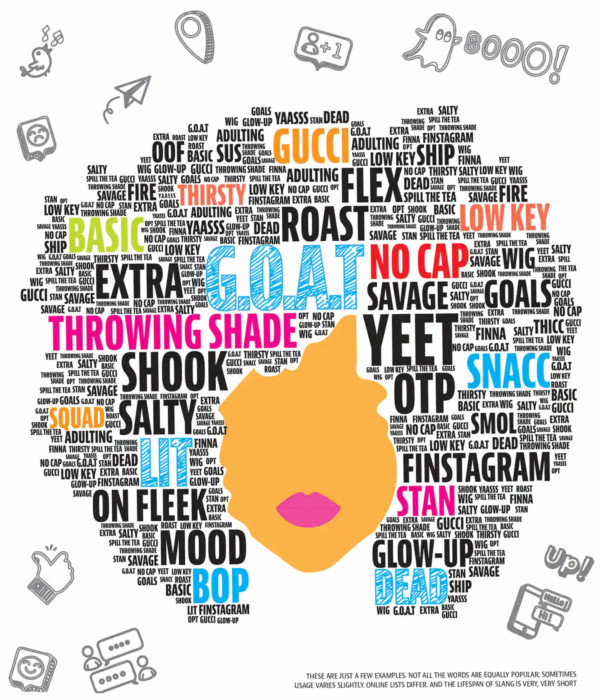 Usage: In a review for a song targeted at the Gen Z

Meaning: For real or no lie (the phrase was mostly influenced by hip-hop culture)

Usage: In an announcement of a big discount, deal or sale on your products

Meaning: Uncool, backdated or not trendy

Usage: To describe something against which you want to pitch your trendy or modern products

Usage: To describe the look that any fashionable product of yours would create

Meaning: To have a great influence or effect on

Usage: In a review of a product that is exceptionally good

Meaning: Somebody who is the topic of viral outrage on social media

Usage: To promote an influencer in a piece of content

Usage: To emphasize the benefits of a service or product

Meaning: To nail or be successful at something that one needs to do

Usage: In a review of how suitably a celebrity has dressed in a red carpet event

Meaning: To be amazing or excellent, mostly concerning songs

Usage: To review a song or a video that’s a hit among Gen Zers

Meaning: To describe something as very good (originating in African American Vernacular English and mainly referring to delicious food)

Usage: To write about a scrumptious cuisine or dish to promote it 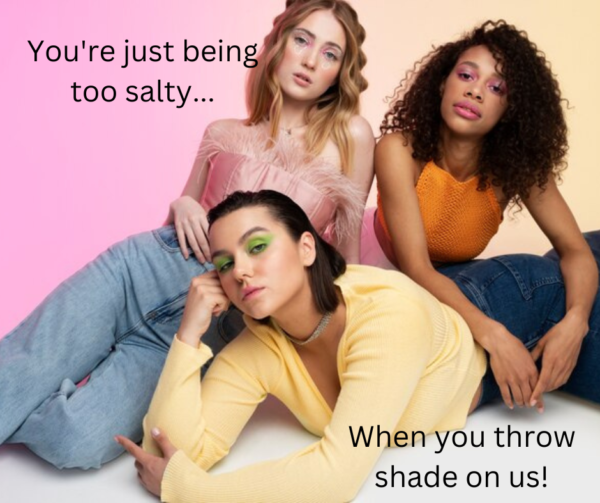 Usage: To promote a speaker or a pair of headphones that makes one zone out to the blissful world of music

Usage: To directly pitch a product or a service and emphasize its unique selling point (USP)

Meaning: Fear of missing out

Usage: To retarget the audience about a display advertisement on a grand deal or discount after they have checked an email from the advertiser about the same

Meaning: Greatest Of All Time

Usage: To write about a product or a service that just got better

Usage: To break the news about the launch of an extraordinarily good product/service

Meaning: To Be Honest

Usage: In an honest review of a product or service

This is only a glimpse into a huge repertoire of Gen Z slang words. Look for those most relevant for your business and target audience to add the right flavor to your content.